Kobe Steel, Ltd. received the Tire Manufacturing Innovation of the Year award for its new tangential rotor called the 5THR in the Tire Technology International Awards for Innovation and Excellence 2016. The awards ceremony was held on February 17 at Tire Technology Expo, which is being held from February 16 to 18 in Hannover, Germany.

Rotors are used in mixers to mix rubber compounds for tire manufacturing. The 5THR rotor is noted for uniformly and efficiently mixing additives. In comparison to Kobe Steel’s conventional rotors, the 5THR offers an 8 percent improvement in quality and 43 percent higher productivity. Contributing to the reduction of CO2 emissions, the 5THR was highly evaluated for its mixing of silica-rich compounds used in making low-rolling resistance tires. Demand for this type of tire has been growing in recent years.

The 5THR rotor is compatible with Kobe Steel’s conventional rotors. One of its features is that the dimensions of the 5THR have been taken into consideration in order to replace existing rotors. As the use of the 5THR offers tire makers an effective method to respond to higher production for low-rolling resistance tires, Kobe Steel plans to expand its worldwide sales of the rotor in the coming years.

About the 5THR rotor

In addition to black carbon, low-rolling resistance tires contain silica. As silica is harder to disperse uniformly than carbon black, a large amount of energy is expended during compound mixing. In comparison to carbon black, silica mixing has a higher heat value. As rubber combusts at 200ºC, temperature control is difficult. If the temperature in the rubber mixer becomes too high, the rubber must be discharged, cooled and reloaded into the mixer.

In the 5THR, the shape of the rotor and a design to facilitate the flow of cooling water to the rotor improve the cooling capacity of the rubber compound during mixing. As a result, the heat generated from the energy necessary to disperse the silica can be suppressed during compounding. In comparison to Kobe Steel’s conventional rotors, the 5THR offers 43 percent higher productivity. With the more uniform dispersion of the silica particles, the 5THR achieves an 8 percent improvement in the performance of the mixed rubber required for low-rolling resistance tires. 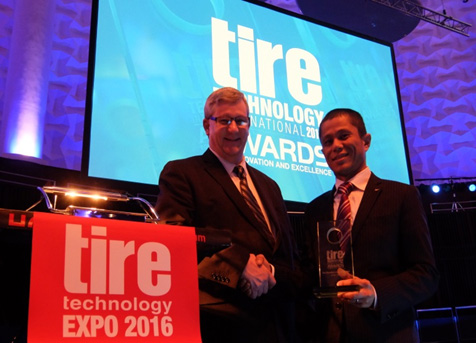 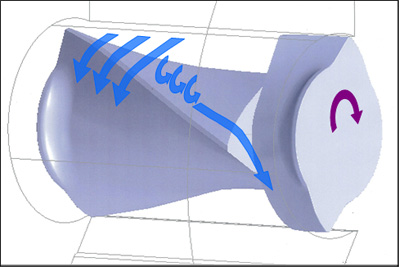