TOKYO (February 22, 2017) — Kobe Steel, Ltd. announces that it has started marketing from this month the HyAC mini-A, an all-in-one, compact compressor package for stationary hydrogen refueling stations designed for use in the United States.

Owing to its success in Japan, Kobe Steel developed a new model, the HyAC mini-A, for sale in the United States. The HyAC mini-A comes with a dispenser made by Tatsuno Corporation, Japan’s largest manufacturer of this product. This enables Kobe Steel to provide equipment from hydrogen compression to fueling FCVs, simplifying the need for customers to procure components separately and reducing onsite adjustment work.

As hydrogen refueling stations are often located in urban areas or on small sites, there is a strong need for compactness. For the U.S. market, Kobe Steel redesigned the layout of the HyAC mini-A to achieve a footprint 10 percent smaller than the Japanese model.

Enhancing product development to meet market needs, Kobe Steel established a comprehensive test center for hydrogen refueling stations in March 2016 at its Takasago Works in western Japan. The new facility tests a variety of operating patterns of the refueling stations at close to actual operation and verifies fueling simulations. 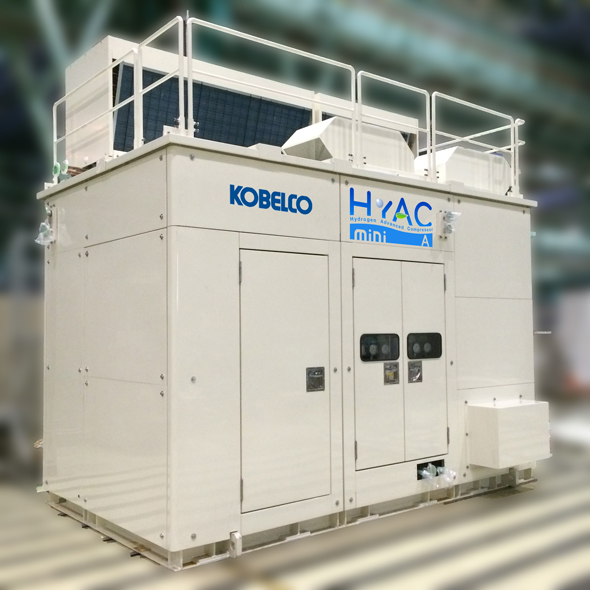